This has been the most popular question among many amulet hobbyists or collectors. Some say it is Maha Thera Sanghajay while some said that it is a fighter…the list goes on and on. In the 1970s, it was illegal to wear an image of Phra Pidta in Singapore, and therefore a negative reputation was casted upon this sacred image by people outside of this amulet circle. It has been perceived that such an amulet with such an image was spurring the bearer to commit crimes and yet not to be caught, to involved in fights but yet little or no danger or hurt will be inflicted upon them. Despite of such, it’s mysteriousness and popularity continued to current times. For example, a beautiful piece of Phra Pidta Ven. LP Kron, Wat Bangsek, can fetch up to one or two millions THB in value and yet there are elite hobbyist or collectors whom are still searching for it.

Phra means Monk or amulet and Pidta means close eyed. The image of this person closing its face with his palms is a symbolical image of Maha Thera Sanghajay in Sammabart meditation. In Sammabart meditation one will go into deep absorption, as a result jhanas will appear. Usually at high levels of jhana super-normal powers may occur, things like walking through walls or stopping bullet(s) just like it was in the movie when Keanu Reeves in Matrix Trilogy.

As some of you or most of you would have known by now, some Ven. Krubas or Luang Pu, especially in the Nothern Thailand, practises Sammabart meditation. It is a rigorous and intensive meditation where they can spend days, weeks or even months in complete solitude. At times you will not believe the extend on the passion of veneration some devotees have, they may stay entirely in a far changwat (district). They can drive or fly many hours just to bring food and monk requisites to wait for the Teacher to exit his Sammabart meditation. And the scene is just awesome….jaw-dropping to be exact, the entire space is filled with people waiting patiently and quietly for The One to open his senses.

That is the symbolical meaning in wearing Phra Pidta. That we will always be blessed with Maha Metta, Maha Lap and Maha Niyom so that where ever we go, we will make good and easy earnings/livings. It will enhance our ability to attract benefactors that will help us when we are in need.

Many of us have heard of strange encounters, most rather unbelieveable stories with regards to Phra Pidta. We will not share them here because we don’t want to give people a negative impression in encouraging people or youths especially to commit crimes.

To quote you from Buddhist Texts, as regards to super-normal feats due to jhanas attainments;

“Having been one, you become many; having been many, you become one; you appear and vanish; you go unhindered through a wall, through a rampart, through a mountain as though through space; you dive in and out of the earth as though it were water; you walk on water without sinking as though it were earth; seated cross-legged, you travel in space like a bird; with your hand you touch and stroke the moon and sun so powerful and mighty; you exercise mastery with the body as far as the brahma world.” – Samyutta Nikaya 12.70
“And then the Buddha came to the River Ganges. And some people were looking for a boat, and some were looking for a raft, and some were binding together a raft of reeds to get to the other side. But the Buddha, as swiftly as a strong man might stretch out his flexed arm or flex it again, vanished from this side of the Ganges and reappeared with his Order of monks on the other shore.” – Digha Nikaya 16.1.33

Perhaps this may explain to you why bearer of an image of sacred Phra Pidta may help a person to avoid danger or unfortunate incidents. Of course, faith is very important. In the past, people were simpler in thinking and when they meet good practising Reverend and receive a sacred piece of Phra Pidta from Reverend’s hand, and in times of danger, they undoubtedly heldfast to their Phra Pidta and atthitthan (wish). When such strong faith and sacredness of Phra Pidta intertwines….miracles happened. Now most people have very little faith to count on their amulets to save their life.

What determines the sacred energies of a Phra Pidta?

The Gaeji Archan. Needless to say, if a Teacher practises more Metta MahaLap, his amulets would be more of such a nature. If he practises more of Kungkhapan, then his amulets would be of Kungkhapan. Of course there are some very well attained Teachers that can consrecate amulets of any nature intended.
The materials. Generally, amulets made from pong/powder or wan/herbs will be more of Metta Mahalap. Leklai, leknampi, or other metals will be more of Kungkhaphan and Klaewkard.
The puthaphisek. The better the puthaphisek, the better the energies, of course. It’s another different and eloborate discussion on how is it considered a good puthaphisek. We will share when the opportune arises.

Before I end this introduction, I would like to stress that no Phra Pidta or other sacred amulets can ever help any person to commit crime. As Buddhist we have to accept the cause and effects of Karma. Nothing happens without a cause….nothings is coincidental…when your Karma reapens, events will actualize. 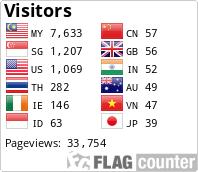